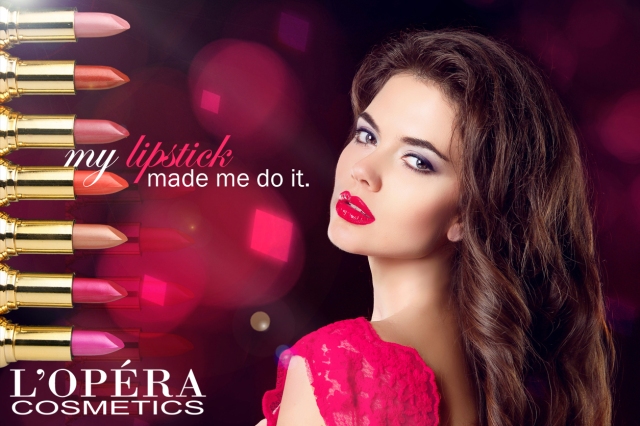 “And what has helped you all these years? After everything that’s happened?”

She smiled significantly, “There isn’t a doubt in my mind when I say that it was and remains l’ Opéra Cosmetics.”

The reporters and journalists roared into action, begging for her attention, yelling their questions as the cameras flashed and filmed, as the photographers bunched up to get a better picture of her as she made her way off the podium. She did overhear one question out of the upheaval:

“Which product in specific do you like the most?”

She laughed, “You wouldn’t ask a mother which child she loves the best.”

In October, 2001, Vietnam’s worse seen flood yet has hit leaving 500 people dead including 156 children. Marianne Abella, a survivor, comes back to her native land, France, and counts her story:

“My name is Marianne Abella and I worked as a volunteer nurse in one of the hospitals near Mekong Delta. I had never seen something alike. I had been in Vietnam for about 3 months prior to the flood. I remember being called to work for an emergency, it had been raining all night. As I arrived there were bodies everywhere, man, women, elderly, children. . . That’s when my body took over me and I started to work as if business were as usual even though the workload had increased significantly, only to emerge the next morning out of the hospital to get a few hours of rest. That’s when I saw the continuous flow of bodies entering the hospital. I wasn’t really conscience per say the hours before. As I mentioned, my body had taken control while my mind was wondering about elsewhere. Coming out, my mind had come back and I realized the horrors I had encountered.”

Marianne Abella had suffered from severe trauma after the event, including PTSD, a well- known survivor’s post-traumatic response. Her interview held today was to inform us of her current state. She said: “It has been hard, but it all works in stepping stones. You cannot expect to recover immediately. There are many medical implications  as well as phases one must face to recover. I am lucky enough to be one of the few who are able to overcome such a trauma. It is hard, but not impossible. I have come from a line of fighters so I knew that one day I would get to where I am today.”

Time passed and a new interview of her progress surfaced:

“When you implied that l’ Opera Cosmetics was part of your recovering process, what did you mean?” asked the interviewer.

“What can I say? I look beautiful .” She laughed, in a more serious note though, she continued “In my opinion, people underestimate the power of beauty. It is not something you just see, it’s something you enjoy and appreciate. People who take their time to feel confident and to feel like themselves. That is exactly what l’ Opéra Cosmetics offered me. I was reminded of who I am, it was the perfect distraction, the perfect means to get away. Especially since I came back, I couldn’t stand the way my family and friends looked at me. It was different and I hated it. So it was also a way to give them something to look at other than their constant reminder of my face on the news. It was especially painful since it was always tradition for me to sing at any family holiday. I didn’t until the third year after what had happened. I sang even though I was very uncomfortable. But then I started using l’ Opéra Cosmetics and it changed everything for me. I am forever grateful for everything that everyone has done for me, but I must admit that if it weren’t for l’ Opéra Cosmetics, my struggle would have prolonged much more.”